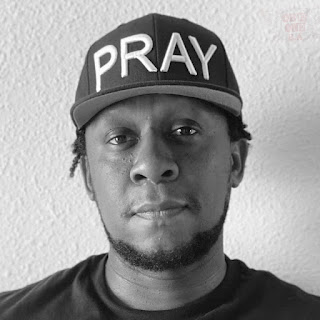 EARLY YEARS:
Obie One B.A. was born in Miami, Florida but raised as a military child across the world. At the age of 12 Obie found himself spending his formative years in Norfolk, VA. It was at Booker T. Washington High School where he won “Most Talented” in his class and won the BTW Talent Show with his best friend Markiss. He would later attend Norfolk State University before transferring to Morehouse College, then to Atlanta Metropolitan College, where he completed his degree in Business. It was not until he moved to Atlanta that he found a stronger love for music. Traveling a road that led him through many of life’s challenges, he began to use his music in a spiritual and inspirational way - opening up to share how his life and music have been changed to glorify his Lord and Savior.

MUSICAL START:
With a resume that stretches back years before his Born Again days, Obie has always been an artist with the unique ability to string words together. After receiving his start in secular music as one half of FreekieTwinnz Ent, Obie One B.A., knew there was more for him to do in music. Even though as a FreekieTwinn he sold thousands of independent CDs, won competitions, received radio play, and obtained recognition from major recording label representatives, he realized it was time for a change. After taking a long break and months after releasing an independent album entitled “These Tracks Lead to a Change,” Obie answered the call on his life by rededicating his life and the messages in his music to Jesus Christ in 2006. That same year, Obie released a CD with longtime friend and former FreekieTwinnz member Markiss titled “God is Doing Something, Get With It.” The CD, under the new name Obie & Markiss, gained them recognition in the Christian arena, which led to a TBN taping in Panama City, Florida. Creating a name for himself as a solo artist since 2007, Obie One B.A. uses his musical influence to spark change in the minds of those that have been through struggles, whether a Christian or not.

NATIONAL & INTERNATIONAL:
Obie One B.A. performs at a number of venues in the Atlanta, Georgia area, showcasing his talent at places such as Sweet Auburn Spring Fest, Bronner Brothers International Hair Show, T.I.’s Club Crucial, MARTA, Griffin Regional Youth Detention Center, North Point Ministries, and his home church The Love Center, just to name a few. Obie One B.A has been to numerous events internationally and nationally such as performing at Dr. Myles Munroe’s Bahamas Faith Ministries “Youth Alive Empowerment Conference” in Nassau, Bahamas, and TBN/JCTV’s Summer Jam Concert. In July 2011, Obie One B.A. traveled with HeartForAfrica to Swaziland, South Africa. While in Africa, Obie had the opportunity to share the love of God, give food & clothes, plant gardens, and performed at “Litsemba” meaning hope concert for the natives. In 2014, The Roman Catholic Diocese of Taichung invited Obie One B.A. to the country of Taiwan for a two week tour. Performing 8 concerts in different 10 cities all for the love of Christ. In 2017, Obie traveled with Serv International to Kenya, East Africa to serve the people. To further his humanitarian efforts, in 2019 Obie along with his family spearheaded a relief efforts to the Grand Bahama Islands after Hurricane Dorian.

Obie One B.A. has shared the stage with well-known groups and performers such as Travis Porter, Rich Kids, The Pace Sisters, Canton Jones, Dorothy Norwood, Damita Haddon, Dawin Hobbs, William Murphy, Trina Braxton, and many others. Motivated by his need to make an impact in the music industry, Obie One B.A.’s music breathes messages of hope, love, happiness, peace, and entertainment. Not only is his music positive, but he shares problems, issues, and delves into worldwide struggles. Taking the church to the streets and God to the beats, Obie has a soulful, street, underground, influential, and inspirational vibe throughout his music. In other words, it is real life situations, really meaningful music, and the truth of his testimony through song. Sharing a message that is God-given, Obie One B.A. looks forward to being an award-winning, album selling, spiritually motivating, soul saving, and life changing artist.

Traveled/Toured the country of Kenya, East Africa with Serv International (2017)

Traveled/Toured the country of Taiwan. (2014)

Who is Obie One B.A.? (@obieoneba) • Instagram photos and videos

Promote Your Page Too